Billy Bob And Angelina Jolie Marriage On The Rocks 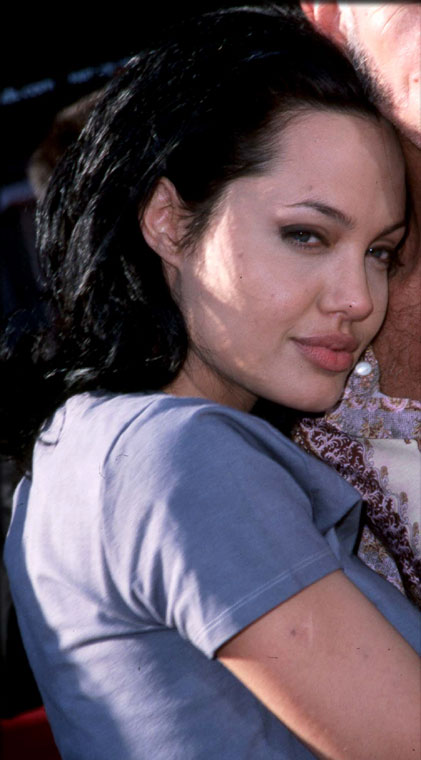 ANGELINA JOLIE's marriage to BILLY BOB THORNTON is falling apart - after just three passionate months together.
According to America's THE GLOBE magazine, just months after TOMB RAIDER star Jolie and PUSHING TIN actor Thornton tied the knot in a quickie ceremony in Las Vegas, the marriage is feeling the strain. An insider explains, "While Angelina was working in london and Billy Bob was in Tennessee and California, he kept trying to reach her.
"When she first got there she was really depressed about leaving her husband She was burning up cell batteries like crazy calling him back in the States.
"Now Billy Bob's not even a topic of conversation anymore." And sources say Jolie is desperate to get back with her former husband JONNY LEE MILLER, who recently split from ALL SAINTS lover NATALIE APPLETON.
The insider adds, "She appears to be dwelling on the fact that Jonny used to play Tomb Raider all the time. "She says, 'This is great. The ex-wife will haunt him forever by playing his hero in the movie'." (MB/TG/MCM)