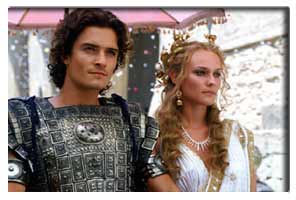 Orlando Bloom has been named as one of the sexiest men in the world, beating his Troy co-star Brad Pitt.

The 27-year-old, currently starring in The Calcium Kid, is 2nd in US magazine People's poll.

Pitt is 3rd - both are beaten to the top spot by Van Helsing star Hugh Jackman.

Jake Gyllenhaal, soon to be seen in the disaster movie The Day After Tomorrow, is fourth, ahead of rapper LL Cool J.

The 6th slot goes to Vin Diesel, while Luke Wilson is 7th on the list, reports the Daily Star.