Troy to get special screening at Cannes 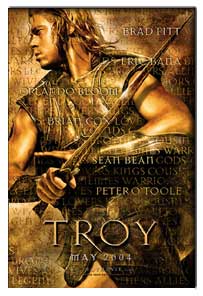 Troy, starring Brad Pitt and Orlando Bloom, is to get a special screening at this year's Cannes Film Festival.

The epic will be shown on the event's second day, May 13, the day before it opens in the US, reports Variety.

Based on Homer's tale, it's about the siege of Troy by the Greeks.

Kill Bill Volume 2 from festival jury president Quentin Tarantino will have a screening, although it would have already opened in the US and UK. Cannes runs from May 12 to 22.