McKellen wants to do X-Men 3 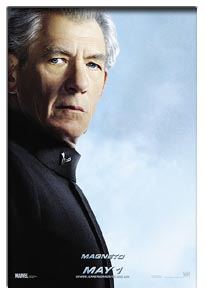 Sir Ian McKellen says he wants to do a third X-Men film.

"X-Men and its story is about mutants, about people who feel disaffected with society, and whom society is hard on, appeals most to young blacks, young Jews and young gays.

"That's why I did the movie and that's why I intend to do the third movie," he said at the British Independent Film Awards.

Speaking to Teletext after the ceremony, Sir Ian confirmed he would return to the X-Men series "if it happens."

"If my character is in it and if he's my age. They might bring Magento back but it may be the young Magento. Who knows?"