Halle wants to return as Storm 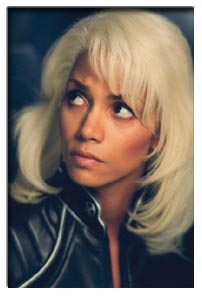 Halle Berry has revealed she will reprise her role as Storm in the next X-Men movie - if she has a bigger part.

Speaking to fans on her website she said: "I have not read the script. All I asked is that, if I come back, Storm needs more to do.

"If they have, in fact, written her closer to the comic book, then I'm in If not, then I'm out. I hope I'm in though. I love Storm and really want to be a part of the last film."

She also revealed that a planned James Bond spin-off for her character Jinx has been scrapped reports IOL.com.

She added: "I would have loved to (have reprised that character) but that issue has been put to bed. Maybe some day I will do a cameo in a Bond movie as Jinx."