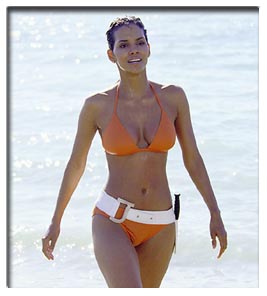 Halle Berry's Die Another Day spin-off Jinx has been cancelled.

The Oscar-winning actress was to reprise her American spy role for the movie.

It would become the first Bond-based spin-off series in the franchise's 40-year history.

But makers MGM have decided against the production, which was due to be released before the next James Bond film and directed by Stephen Frears.

Bond producers Barbara Broccoli and Michael Wilson have been told to stop work on the project and press ahead with the 21st Bond film instead, reports Variety.com.

The new Bond movie, starring Pierce Brosnan, is due for release in 2005.