Reese signs up for romantic comedy 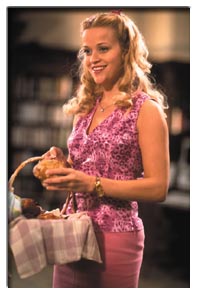 Reese Witherspoon has agreed to star in the romantic comedy The Proposal.

According to Hollywood Reporter, she will also produce the film through her Type A Films for Revolution Studios.

The romantic comedy centres on a couple and their up-and-down journey as they plan their wedding.

It is based on a pitch by writer Nicole Eastman, who will begin writing immediately.

Revolution's Todd Garner will serve as executive producer and will oversee with Denise Decker.

"Reese and I have been looking to find something to work on together for a long time, and we are excited that we finally have that opportunity," Garner said.

He added: "This is a terrific project that fits perfectly into Reese's strengths."

Witherspoon most recently starred in Legally Blonde 2: Red, White & Blonde and next appears in Vanity Fair.