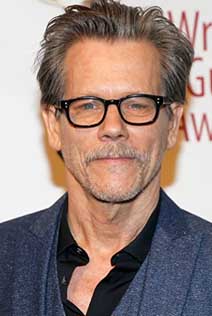 Kevin Bacon will join Peter Dinklage, Jacob Tremblay, and Taylour Paige in Legendary’s reboot of The Toxic Avenger. Bacon has signed on to play the film's main villain.

Dinklage is headlining as the hero, with Bacon tapped to play a slick villain.

Macon Blair will write and direct the adaptation of the cult-classic franchise that centers around the iconic superhero "Toxie". Production is set to get underway in Bulgaria later this month.

"The Toxic Avenger" follows the monstrous protector of Tromaville, N.J., born when the mild-mannered Melvin falls into a vat of toxic waste. He's transformed into a repulsive yet lovable mutant hero who stands up to bullies and corruption with irreverent zeal, doing good and brutally mauling evil in a no-holds-barred fashion.

Bacon has played an array of bad guys and shady characters over his long career, including in comic book-centric films such as James Gunn's Super and Fox's X-Men: First Class. The actor currently stars in the critically acclaimed Boston crime drama series City on a Hill for Showtime, which has announced its third season, and recently wrapped crime thriller One Way with Travis Fimmel.