Aliens Are All Dentists And Perverts 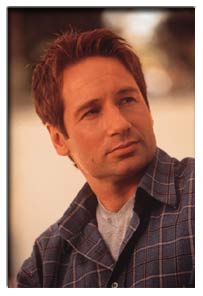 X-FILES star DAVID DUCHOVNY is convinced that aliens exist - and that they are all perverts and dentists.

The actor made his name as alien-obsessed FBI Agent FOX MULDER in the hit TV show, and is currently starring as a scientist who has to save the world from space creatures in hit film EVOLUTION (2001).

But his bizarre theories on whether Earth is the only inhabited planet in the Universe will baffle scientists and sci-fi fans alike. Duchovny says, "My new philosophy when it comes to this stuff is based around the Ship of Fools. In the olden days sex perverts, dentists and other hated members of society were put on a ship of fools and were sent out to sea, never to return. I think it's like that with alien races. They also put perverts and dentists in space ships and sent them off to the furthest reaches of the galaxy. That's why anyone who is abducted by aliens ends up being either anally probed or having their teeth extracted. " (NB/WN/IG)