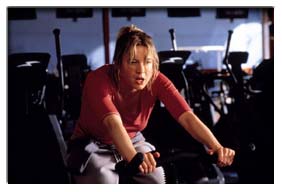 Anyone who can prove their name is BRIDGET JONES can see the hit film of the same name for free in Chicago, America.

The GENERAL CINEMA company has pledged free entry for any Bridget Joneses turning up before Sunday (15APR01) with a passport or driver's licence proving their identity. BRIDGET JONES'S DIARY (2001), starring Renée ZELLWEGER, HUGH GRANT and COLIN FIRTH, has been released simultaneously in Britain and America. (RP/WNWCAN)