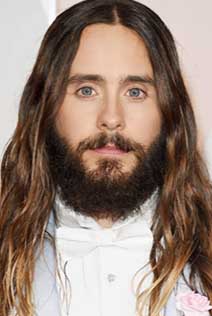 Academy Award winner Jared Leto has officially been cast in upcoming "Tron" franchise installment, "Tron: Ares." Joachim Rønning of "Pirates of the Caribbean" and "Maleficent: Mistress of Evil" fame is currently in negotiations to direct

Production on the film is expected to begin later this year in August in Vancouver, Canada, with Jared Leto expected to star and Jesse Wigutow penning the screenplay for the upcoming project. Alongside starring in the developing third installment, Leto also serves as a producer on the film alongside Justin Springer, Jeffrey Silver, and Emma Ludbrook, with Sean Bailey and Sam Dickerman attached as executive producers.

Leto is continuing his partnership with Disney after starring in Marvel’s Morbius and the upcoming Haunted Mansion. The acclaimed actor made waves for allegedly staying in character as bloodsucking antihero Morbius for the MCU film.

Leto responded to Method acting claims in January 2021, saying, "It’s my job to show up, do whatever I can, to be overprepared. And to deliver. It’s also my job to show up and, you know, be a pleasure to work with, and to be collaborative, and to have a good experience on set."