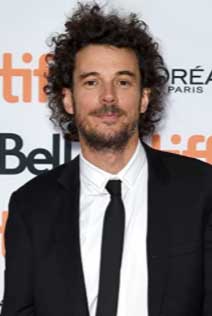 Davis has been joined by Jared Leto, on the project in an undisclosed role. Taking to Instagram Leto stated how thrilled he was to be a part of the project.

"I'm struck with such gratitude for the opportunity to bring this movie to life, especially as both the original video game and the film affected me so deeply as a young child, The fact that I get to be a part of this new chapter is mind-blowing."

The sequel to the 1982 original, Tron: Legacy would bring in $400 million worldwide in 2010, but any plans for a sequel were set aside so Disney could decide how to proceed. The studio eventually walked away from any sequel even after Leto attached himself in 2017, but reports surfaced last month that things were picking up again.

Garth Davis most recently directed the 2018 Rooney Mara starring Biblical epic, Mary Magdalene (2018), and the Oscar-nominated 2016 Dev Patel starring biographical piece, Lion, along with television runs with Top of the Lake and Love My Way.