Lin-Manuel Miranda, Blake Lively, Richard Gere And Diane Keaton On For 'The Making Of'. 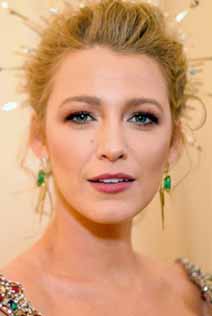 Lin-Manuel Miranda, Blake Lively, Richard Gere and Diane Keaton are attached to star in the romantic comedy "The Making Of", with Endeavor Content handling sales at the upcoming Toronto Intl. Film Festival.

The romantic comedy revolves around two couples: long-married filmmakers (Gere and Keaton) have cast overemotional actors (Blake Lively and Lin-Manuel Miranda) to portray their younger selves in the story of their great love. Unfortunately, by the time shooting begins, their fabled marriage is unraveling. The filmmakers want to make a hit; the actors want to tell the true story. Whose version really is the truth? And how do they distinguish between real love and movie love when their lives and their work become hopelessly intertwined?

The Toronto festival will open its 45th edition on Sept. 10 with a mixture of physical events and virtual screenings, and will showcase many movies in drive-ins as a way to respond to the Covid-19 pandemic.

Gere and Keaton previously worked together in 1977 on Looking for Mr. Goodbar. Zwick and Marshall Herskovitz have penned and will produce the project through their The Bedford Falls Company label. Filming kicks off in the Spring.