Jolie and Pitt To Answer Questions About Romance 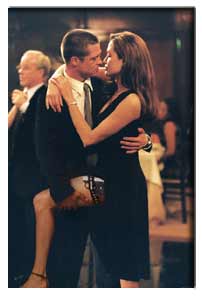 Angelina Jolie and Brad Pitt are both set to appear in separate Us TV interviews tomorrow, to answer questions about their reported affair. Girl, Interrupted beauty Jolie has been accused several times of playing a prominent a part in Pitt's split from wife Jennifer Aniston - reports which were further fuelled when Pitt and Jolie were photographed together in Africa. And now the stars, who became friendly on the set of their upcoming movie Mr. & Mrs. Smith, will face individual grillings - Pitt on Primetime Live and Jolie on the Today show.