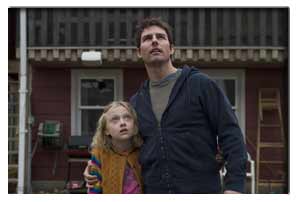 Steven Spielberg had to pay £31,000 to extras hired on Tom Cruise's latest movie after filming was abandoned while the star recovered from flu.

More than 60 extras on the set of War of the Worlds in Canyon County, California, had to be paid £500 each by Spielberg's production company after filming was cancelled for two days reports the New York Post.

The movie, which co-stars Dakota Fanning and Tim Robbins and is based on the classic H.G. Wells novel in which an army of Martians invade the Earth, is due to open in the US in June.