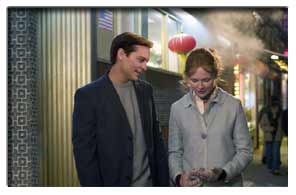 Spider-Man 2 has set a new box office record in the US, grossing £22.25 million on its first day in cinemas.

It topped the previous opening-day record of £21.61 million, set by the original Spider-Man film in May 2002, reports ITV.

Fans, some wearing red-and-blue Spidey suits, lined up at some of the 4,152 cinemas showing the film in the United States and Canada.

While Spider-Man 2 now holds the opening-day record, the computer-animated Shrek 2 remains the single-day box-office champion with the £24.61 million it grossed on May 22.