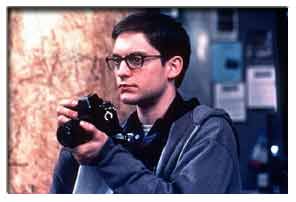 Spider-Man star Tobey Maguire says the forthcoming sequel is better than the original.

"I'm really happy with it . It's going to be better than the first one. The story is a lot better," he said.

Maguire said filming on the sequel was about two-thirds complete, reports the BBC.

The new film has Maguire's character, Peter Parker, enrolling as a university student and up against two new villains - Dr Octopus and the Lizard.

Maguire was speaking at a press conference for his new film Seabiscuit in Los Angeles.