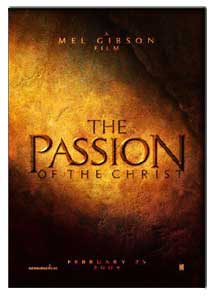 Mel Gibson has shown his film about Jesus to a group of 4,500 Christian pastors.

Jewish groups fear The Passion of the Christ will lead to anti-Semitism because of its suggestion that Jews were responsible for the crucifixion.

Gibson has been showing the film to a number of influential religious groups ahead of its US release in February.

"I anticipate the worst is yet to come. I hope I'm wrong," said Gibson.

Pope John Paul II has been given a private screening of the film, although his private secretary denied he had given it his approval, reports the BBC.

The Passion of the Christ has been dogged by controversy since Gibson announced he was to independently make the film.

There have been a number of invitation-only screenings, with media and Jewish groups generally barred from attending.

At the Global Pastors Network conference in Orlando, Florida, the actor and director told the assembled audience that he had wanted to make the film for 12 years, inspired by the Gospels.