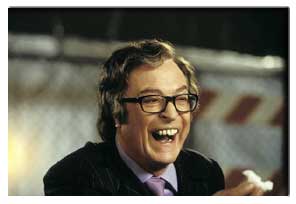 He will star alongside Christian Bale, who has been cast in the title role for director Christopher Nolan.

The film, penned by David Goyer, is expected to start shooting next year for a 2005 release.

Bullock has already committed to the sequel which she will also produce.

It is set to begin shooting in March.