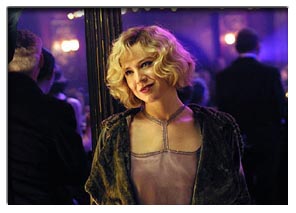 Renée Zellweger says she felt like an imposter when she was chosen to play the part of Roxie Hart in the film version of Chicago.

Zellweger admits she would not have been every director's first choice for the role.

She said the role required a great deal of singing and dancing, something which the actress isn't known for.

"I was not going to sing for anybody besides my dogs when I'm in the shower and then the director Rob Marshall comes along and that was it," says Zellweger.

"I was grateful for it, every day and every day it was a privilege to be on that set and be surrounded by so many creatively talented people, knowing that on Broadway I would not have made the first cut."

Zellweger says once they began filming she didn't have time to worry about whether she was as good at the musical numbers as her fellow actors: "There wasn't really time to step back and say "Hey was that awful?"

"It was about Rob saying 'Right this is what we're gonna do and we're just gonna do it. Ok we did it, we're done, moving on.

"There was never a moment of Rob wavering and I think if he had then I would have gone 'Oh good God, what am I doing?' but he didn't and so neither did I."