Leo to star in flying flick 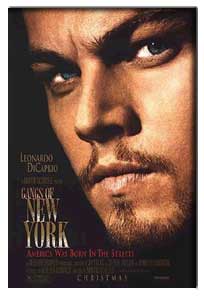 Leonardo DiCaprio will team back up with director Martin Scorsese for a film based on the early life of US aviator and billionaire recluse Howard Hughes, entitled The Aviator, a report said.
The Titanic star has already worked with Scorsese on the film Gangs Of New York (2001), due to come out December 20 in the United States.

As with Gangs Of New York (2001), Miramax will produce the film with an estimated budget of 100 million dollars, the trade daily Variety said.

The Aviator is scheduled to begin shooting in May in Los Angeles with a release date in autumn 2004, the industry paper said.

Hughes, 1905-1976, was an ace pilot who broke many speed records and a billionaire businessman who founded the airline TWA and produced several Hollywood films.