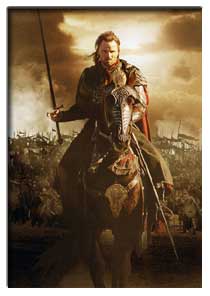 The Two Towers has been named the year's top viewing by movie fans.

The second instalment in the Lord Of The Rings trilogy was the first choice of viewers to BBC1's Film 2003 programme.

Presenter Jonathan Ross will count down the top 10 in a special Films Of The Year edition of the show tonight.

The final Rings film, The Return Of The King, failed to make the list because it was not released in time to make it eligible.

Sir Ian McKellen saw two of his films in the top 10. He stars in The Two Towers as well as X-Men 2 which finished ninth.

Japanese animation Spirited Away was in eighth position

1) The Lord of the Rings: The Two Towers

3) Pirates of the Caribbean

7) Master and Commander: The Far Side Of The World