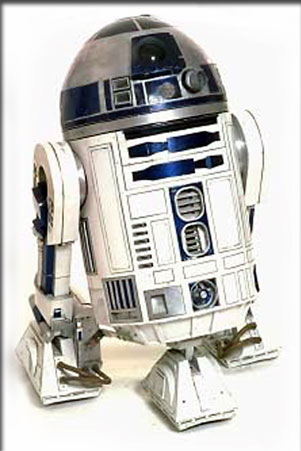 STAR WARS android R2-D2 has finished his hectic filming schedule - and relaxed by taking up bungee jumping. STAR WARS: EPISODE II has been filming in Sydney, Australia and the crew insist the little robot has been making the most of his free time.

Before moving on to location-shooting, the droid received permission to seek some local thrills. "Artoo's never been in better shape," says DON BIES of INDUSTRIAL LIGHT & MAGIC.

He adds, "He's doing all of his own stunts in this film. None of us can keep up with his energy level. When he said he wanted to go bungee jumping, we knew there would be no stopping him."

R2 and a small entourage of translators and bodyguards travelled outside the FOX STUDIOS lot to an adjacent bungee jumping attraction. While the droid was unavailable for comment after the jump, the smiles of the children and on-lookers who gathered were proof that the entertainer is still in top form after all these years.