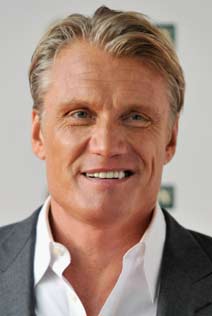 The plot of The Best Man revolves around a wedding on a remote resort that is invaded by a group of mercenaries, which leads to the main members of the wedding party to take on the terrorists to save a group of hostages.

Shane Dax Taylor is directing the indie based on a screenplay by C. Alec Rossel and story by Daniel Zirilli, and with production having just gotten underway. Nicky Whelan, Brendan Fehr and Scott Martin also star in Best Man, which is set on a remote resort amid a wedding where mercenaries take control of the property.

While Lundgren is now in his 60s, the actor is putting out a huge number of movies from big-screen blockbusters to voice-overs and more low-key limited releases. This year will see him return to the Expendables franchise as well as providing the voice of Svengeance in Minions: The Rise of Gru  which has been delayed for two years thanks to the Covid pandemic  and as well as next year’s Aquaman sequel he will also release the documentary movie Dolph. The Best Man will be his third movie listed to release in 2023.

Wilson will next star in Plus/Minus for Netflix and just starred in Saban Films’ Gasoline Alley, alongside Bruce Willis.