Felicity Jones To Star In and Produce 'Blood Mother'. 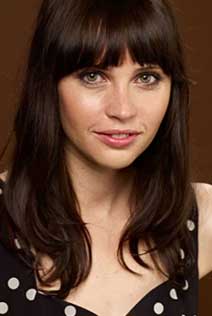 Felicity Jones, known for films like "'The Theory of Everything"' and "Rogue One: A Star Wars Story"', is set to star in New Regency's upcoming feature "'Blood Mother".

The film follows an Oxford professor, played by Felicity Jones, who discovers her baby is inhuman and finds herself doing the unimaginable to keep him alive.

Felicity Jones latest movie was 'The Last Letter from Your Lover', a romantic drama based on the book of the same name by Jojo Moyes.

Felicity and her co-star Shailene Woodley were executive producers on the film and 'The Theory of Everything' actress credits Reese Witherspoon for allowing female actresses to contribute behind the scenes on a motion picture.

Felicity shared recently: "Reese Witherspoon has pioneered actors getting involved behind the scenes. We've had cinema that has been dominated by the male perspective for centuries. And so it's wonderful that we're starting to see more female directors starting to rebalance."