Whitney Houston Biopic in the Works With Director Stella Meghie. 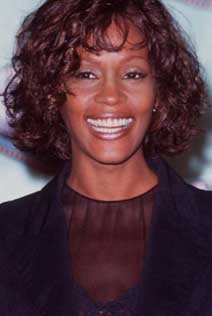 A Whitney Houston biopic, titled "I Wanna Dance With Somebody" is in development from "The Photograph" director Stella Meghie.

As reported by Deadline, I Wanna Dance With Somebody will be a joint production between The Whitney Houston Estate and Primary Wave, as well as Clive Davis, the producer who initially signed Houston to Arista Records.

Stella Meghie, who helmed the recent romantic drama The Photograph starring Issa Rae and Lakeith Stanfield, is in negotiations to direct. There’s no word yet on who might play Houston, the most decorated female recording artist of all time, but the role will likely be a big awards season contender.

Anthony McCarten, the screenwriter behind "Bohemian Rhapsody", is writing the script that's meant to cover her prime as a performer, including her work on "The Bodyguard" and her performance of the national anthem at the 1991 Super Bowl, while alluding to her tragic death in 2012. The film will also feature many of Houston’s hit songs.

Anthony McCarten has been an Oscar magnet in recent years, having penned Bohemian Rhapsody, Darkest Hour, and The Theory of Everything, which all won Best Actor awards for their respective leading men.