Rachel Weisz to Star in Upcoming Adaptation of Seance on a Wet Afternoon. 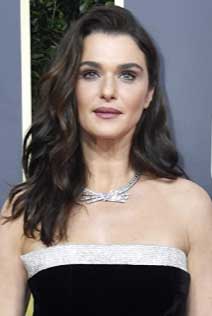 Alfredson comes aboard the project replacing Harry Bradbeer, who will remain on as an executive producer as he recently returned to direct Legendary’s Enola Holmes sequel after the success of the first film.

Based on Mark McShane's acclaimed 1961 suspense novel of the same name, the story follows a self-proclaimed psychic medium who convinces her husband to kidnap a child so she can help the police solve the crime and achieve renown for her abilities. When her true intentions come to light, however, her husband realizes the plan threatens to consume them both. The novel was previously adapted as a film in 1964 starring Richard Attenborough and Kim Stanley.

The upcoming film will be written by Jack Thorne, from a story by himself and Harry Bradbeer. Weisz will likely be hoping for another big role to continue her recent success of Oscar-nominated films, with her last film, 2018's The Favourite, earning her a nomination for Best Supporting Actress. She is currently starring in and producing Amazon's limited series adaptation of Dead Ringers, a gender-swapped reimagining of the 1988 David Cronenberg film.