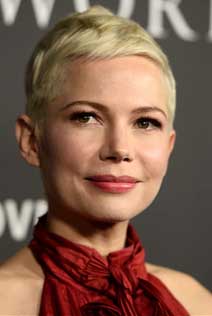 Michelle Williams is attached to star in the biopic "Fever" about the life of singer Peggy Lee. The film will now be directed by Todd Haynes, and MGM is in talks to acquire it.

The biopic will be directed by Todd Haynes. Marc Platt, who produced Reese Witherspoon's two Legally Blonde films, Pamela Koffler and Christine Vachon will join Witherspoon in producing the project. Fever, based on a Nora Ephron screenplay, was delayed after Ephron died in 2012.

"Fever" was once a project that had Reese Witherspoon attached to star with a screenplay by the late Nora Ephron, but this latest package of the film is still in its early days.

Fever is set to be produced by Marc Platt, Witherspoon and Pamela Koffler and Christine Vachon through their Killer Films banner while five-time Grammy winner Billie Eilish is currently in negotiations to join as executive producer alongside her mother Maggie Baird and record label partner Justin Lubliner. Eilish recently took part in a celebration of Lee’s life and career in May 2020 and has frequently cited the late singer as one of the key inspirations for her music.