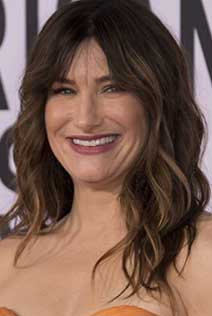 The cast of Knives Out 2 continues to rapidly grow as Kathryn Hahn has been added to the ensemble.

The actress, who most recently starred in the hit Disney+ series "WandaVision", will join Daniel Craig, Edward Norton, Dave Bautista and Janelle Monáe in the film.

Plot details are being kept under wraps, but the follow-up is due to shoot this summer in Greece and will be another star-studded murder mystery anchored by Craig’s enigmatic Southern detective Benoit Blanc.

Netflix will release the sequel and a third installment in the whodunit franchise after agreeing to shell out $450 million for the rights. The first Knives Out was released by Lionsgate and became a sleeper hit, grossing $311.4 million when it opened in 2019. Writer and director Rian Johnson earned an Oscar nomination for his screenplay.