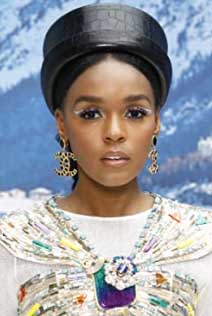 Janelle Monáe is the latest addition to the ensemble cast of Rian Johnson's "Knives Out" sequel for Netflix.

The musician and actress is known for her roles in Hidden Figures, Moonlight, Rio 2, Welcome to Marwen, UglyDolls, Lady and the Tramp, The Glorias, and her most recent projects, the television series Homecoming and the horror drama Antebellum.

As with the 2019 film, writer/director Rian Johnson is building a starry ensemble to work alongside Daniel Craig, who returns as super sleuth Benoit Blanc to solve a new mystery.

Johnson is able to really get moving on the film now that Netflix has splashed out on a hefty $469 million deal for two sequels, which gives the streaming service a franchise with a built-in fanbase and two guaranteed new entries.

Knives Out first hit theaters in November 2019 to rave reviews from critics, garnering three Golden Globe nominations and an Oscar nod for Best Original Screenplay, and was a smash hit at the box office, grossing over $311 million at the global box office on its $40 million budget.