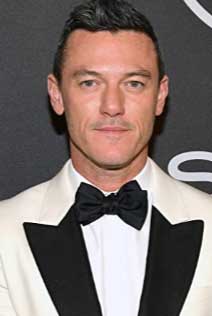 Tom Hanks is starring in the film as Geppetto, the carpenter who fashions the wooden boy, a puppet who dreams of becoming a real child. With the help of a cricket as his conscience, he'll go on a journey to try and achieve his dream. But it won't be easy, especially with the presence of calculating, cruel people such as Evans' The Coachman.

Robert Zemeckis wrote the film with Chris Weitz, and the movie will be shot with the intention of premiering on Disney+.

Pinocchio first reached audiences on the big screen in 1940 when Disney made an animated version of the classic 1883 novel The Adventures of Pinocchio by Carlo Collodi. The story follows a puppet who comes to life and dreams of being a real boy. The original film was a huge success and won two academy awards for Best Original Song and Best Original Score before being deemed a culturally significant film by the Library of Congress in 1994.