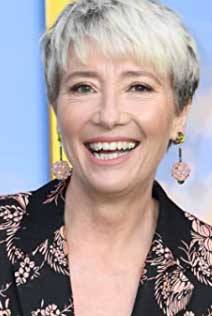 Two-time Oscar winner Emma Thompson has joined Netflix's Matilda the Musical, with the actress set to play the tyrannical headteacher Miss Trunchbull, a role that Ralph Fiennes was previously attached to play.

The cast also includes 11-year-old Alisha Weir as the bookworm Matilda and the only other key cast member confirmed so far is Lashana Lynch as Miss Honey, the sweet teacher who encourages Matilda and has an upsetting history with Miss Trunchbull. We’re still waiting to hear who will play Matilda’s parents and some of her fellow classmates at school.

Matthew Warchus, who directed the original Tony Award-winning stage musical, is also directing the movie. The script comes from Dennis Kelly, and the original music and lyrics by comedian Tim Minchin will also be featured.

Warchus said in a statement: "Matilda will be an imaginative and fresh retelling of the award-winning musical, Matilda, featuring talented young newcomers, alongside established stars. I look forward to introducing this beloved and powerful story to a new generation of fans around the world."

Based on the 1988 book by Roald Dahl, Matilda tells the story of an extraordinary girl who, armed with a sharp mind and a vivid imagination, dares to take a stand to change her story with miraculous results.