Lily James and Oscar winner Emma Thompson to lead rom-com 'What's Love Got To With It?' 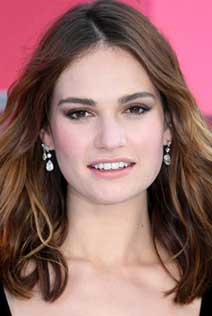 Lily James, Emma Thompson and Shazad Latif have been cast in the rom-com 'What’s Love Got To With It?'.

'Elizabeth' director Shekhar Kapur returns to the director's chair to helm the project which is written and produced by Jemima Khan.

Plot details on the upcoming feature are being kept under wraps, but the outlet shares the project will be a "cross-cultural rom-com" about love and marriage "set between London and South Asia."

Emma Thompson has won two Oscars, one for acting in "Howard's End" and the other as the screenwriter for "Sense & Sensibility". Most recently, Thompson has shown up in films such as "Late Night", "Men in Black: International", "Last Christmas", and this year's "Dolittle". Her next major role is in the upcoming Disney live-action feature, "Cruella".

Studiocanal will fully finance the project and is launching sales at the upcoming virtual American Film Market (AFM). The studio will release in their own territories which includes the UK, France, Germany, Australia, and New Zealand. Studiocanal’s Ron Halpern and Joe Naftalin will oversee for the company.