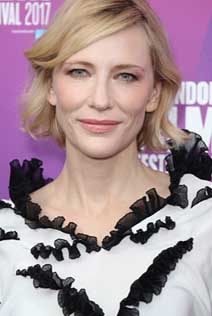 Oscar winners Cate Blanchett, Tilda Swinton and Christoph Waltz have signed on to voice key characters in Guillermo del Toro's Pinocchio movie at Netflix, which will star newcomer Gregory Mann as the young title character. This version of the timeless Carlo Collodi tale is a stop-motion animated feature musical that will feature Ewan McGregor as the voice of Jiminy Cricket and David Bradley as the voice of Geppetto.

Drawing on the classic Carlo Collodi tale, this stop motion musical follows the extraordinary journey of a wooden boy magically brought to life by a father’s wish. Set during the rise of Fascism in Mussolini’s Italy, del Toro's Pinocchio is a story of love and disobedience as Pinocchio struggles to live up to his father’s expectations.

Gregroy Mann, a newcomer actor, will embody the starring role in Pinocchio as the eponymous life-endowed wooden marionette. However, said newcomer actor will be joined by some serious supporting players in Academy Award-Winning actors in Cate Blanchett, Tilda Swinton and Christoph Waltz. Other notables include Ewan McGregor, David Bradley, Ron Perlman, Tim Blake Nelson, Burn Gorman, John Turturro and Finn Wolfhard. However, Netflix’s announcement of this remarkable cast did not come with a complete character lineup, and thus far only confirms the supporting roles of Cricket (McGregor) and Gepetto (Bradley).

A lifelong passion project of del Toro, the film is set to debut in theaters and on Netflix. Principal photography began last Fall at ShadowMachine’s Portland, Oregon studio, and production has continued uninterrupted during the pandemic.

"After years of pursuing this dream project, I found my perfect partner in Netflix. We have spent a long time curating a remarkable cast and crew and have been blessed by continuous support from Netflix to quietly and carefully soldier on, barely missing a beat. We all love and practice animation with great passion and believe it to be the ideal medium to retell this classic story in a completely new way," says del Toro.