Jude not keen on sex scenes 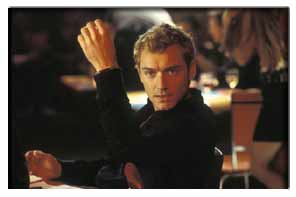 "Everyone was standing around me drinking coffee - I never felt so un-sexy in my entire life.

"The situation was like: "Good morning, pleased to meet you, now we kiss"."

Jude, who met his current girl friend Sienna Miller while filming Alfie, says he looks for two things in a woman.

"My mother Maggie and my elder sister Natasha are incredibly independent persons. Things like that influence you," he said.

"But what I also like about women - even if it makes me sound like a macho - is being good at cooking. It's my mother's fault, she's a divine cook."