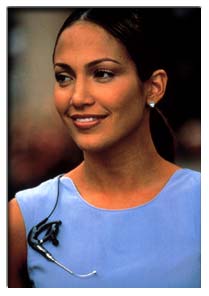 The mystery surrounding Jennifer Lopez and Ben Affleck's postponed wedding deepened amid reports the groom had cold feet at the last minute.

It's being claimed Affleck called off their Californian nuptials, fearing that marriage to pop star and actress J-Lo was a mistake.

But this is despite the couple being seen holding hands last night when they visited a Beverly Hills restaurant.

Some reports claim they barely spoke at the dinner, which was originally planned as a get together for J-Lo and her bridesmaids.

Others said they put on a brave face to prove their relationship was not on the rocks, despite the latest hiccup.

The couple called off the ceremony indefinitely earlier this week saying all the media attention was turning it into a "circus".

Affleck's publicist said: "Maybe the obsession with them will now diminish. It's amazing they are as sane as they are, considering what's been going on."

But the paparazzi-besieged Ivy was a strange choice for a couple trying to stay out of the spotlight.

A friend of Affleck's reportedly told the New York Post that the wedding had become a "circus" but added: "It was a circus they created."