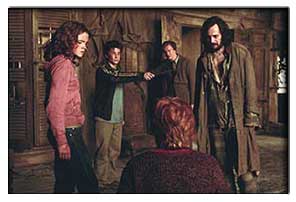 The British director behind Four Weddings and A Funeral will direct the fourth Harry Potter movie.

Mike Newell will be the first Briton to direct the boy wizard when he begins work on Harry Potter and the Goblet of Fire next April.

"As audiences have become more familiar with both the books and the movies, there has been an increasing challenge to continue to develop each of these characters and to make their world real on screen."

US-born Chris Columbus directed the first two movies in the big-screen adaptation of J.K Rowling's best selling novels, and Mexican Alfonso Cuaron made the upcoming Harry Potter and the Prisoner of Azkaban.

David Heyman, who will produce Harry Potter and the Goblet of Fire, said Newell was the "perfect choice".

"He has worked with children, made us laugh, and had us sitting on the edge of our seats, He is great with actors and imbues all his characters, all his films, with great humanity. I'm thrilled."

Newell was born in St Albans, Herts, and began his training with Granada Television.

In the fourth Potter film, Harry is selected as an underage competitor in a dangerous multi-wizardry school competition.