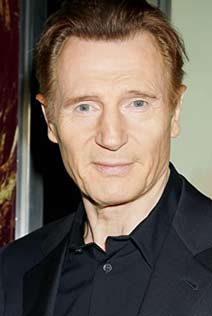 Seth MacFarlane and Akiva Schaffer are officially courting Liam Neeson for Paramount’s "Naked Gun" remake. The "Taken" actor is in talks to lead the modern version of the ’80s slapstick film.

The films, spun off from the short-lived cult-hit TV comedy Police Squad, starred Canada’s own Leslie Nielsen as bumbling cop Frank Drebin, who managed to solve cases despite his utter ineptitude.

Plot specifics are under wraps but it’s rumored Neeson will be playing the son of Leslie Nielsen’s iconic Frank Derbin character as opposed to a straight remake with him taking over the iconic character.

Seth MacFarlane and Erica Huggins are producing. The project has been in the works on and off for years, but the success of "Top Gun: Maverick" led to development pushing forward.

"Well, I’m interested in comedy," Neeson said in his previous interview. "Seth McFarlane has approached me about maybe, I think Paramount Studios had asked Seth, would he be interested in resurrecting in the Naked Gun series, or a film based on Naked Gun, so he asked me if I’d be interested in playing the Leslie Nielsen character, which are huge shoes to fill, so we’re hoping that'll maybe come together in the next year or two years."