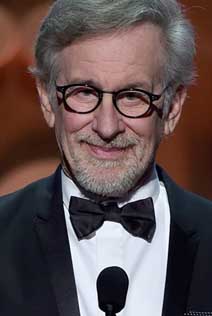 Steven Spielberg is developing an original feature film based on the character of Frank Bullitt, the San Francisco cop first played by Steve McQueen in the 1968 thriller "Bullitt".

It is important to note that this will not be a remake of Bullitt, but a new idea centered around the classic character. Along with directing, Spielberg will also produce the project with Kristie Macosko Krieger, and as of right now, it will be distributed by Warner Brothers. On top of that, McQueen's son Chad McQueen and granddaughter Molly McQueen will serve as executive producers on the new movie.

The movie is not a remake of the original film but a new idea centered on the character. In the original film, Frank Bullitt is a no-nonsense San Francisco cop on the hunt for the mob kingpin that killed his witness. Considered one of McQueen’s more iconic roles, the film delivers one of the most famous car-chase scenes in cinema history.

Spielberg had been toying with the idea to direct a film based on the character for some time and came close last year to making it his follow-up to West Side Story, but head to negotiate with the McQueen estate for rights to the character before he would attach as a director.

The film features one of the most memorable car chases in movie history with McQueen himself famously doing all of his own driving for the scene.