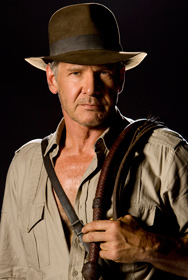 Indiana Jones 5 is one of several movies to be postponed due to the global health crisis, with the sequel now dated for July 29th, 2022 as opposed to July 9th 2021. That’s just a few short weeks after Ford’s 80th birthday.

Disney and Lucasfilm’s long-planned Indiana Jones 5 took a major step forward back in February when it was announced that Steven Spielberg would be handing over directing duties to the film to Logan and Ford v Ferrari helmer James Mangold.

This is the third time we’ve seen the project pushed back a year, with Disney originally intended to open the film in July 2019.

With movie theaters being closed all around the world right now and productions shut down for indefinite periods of time, Disney had to delay quite a few big titles set to arrive in 2020. Now, the studio has re-dated many of those movies, but that forced big changes. One of the biggest changes is that Indiana Jones 5 will now open on July 29, 2022.