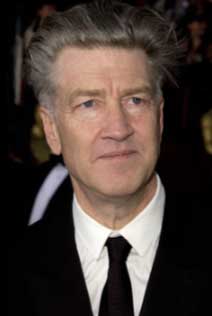 David Lynch has joined the cast of Steven Spielberg's "The Fabelmens", the film that’s loosely based on Spielberg’s childhood.

"The Fabelmans" will mark the first collaboration between Lynch and Spielberg, both seminal directorial talents that emerged in the 1970’s. Lynch has accumulated a celebrated body of work over the course of his filmmaking career, drawing acclaim for directing films such as "Mulholland Drive", "Eraserhead", "Blue Velvet", "The Straight Story" and "Lost Highway". His 1980 historical drama "The Elephant Man" received eight Oscar nominations, including one for Lynch's directing, while his crime romance "Wild at Heart" won the Palme d’Or at the 1990 Cannes Film Festival.

Spielberg co-wrote the script alongside Tony Kushner. Plot details are being kept under wraps, but this is the first time in 20 years that Spielberg has shared a writing credit on a film since A.I.: Artificial Intelligence. Spielberg, Kushner and Kristie Macosko Krieger are producing.

Beyond directing, Lynch has done the odd acting gig. He played FBI agent Gordon Cole across all iterations of Twin Peaks and his other credits range from guest appearances on Louie and The Cleveland Show to a supporting role in the 2017 Harry Dean Stanton vehicle "Lucky".