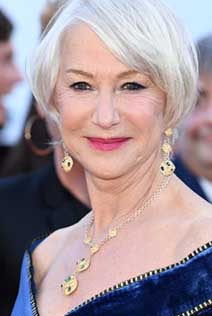 Oscar-winner Helen Mirren has signed on to co-star alongside Gillian Anderson in "White Bird: A Wonder Story" for Lionsgate.

Written by Mark Bomback, the film follows Julian Albans, the bully who left Beecher Prep, who is visited by his Grandmère from Paris and is transformed by her remarkable story of compassion and courage. As a girl in Nazi-occupied France, the young Grandmère goes into hiding with the help of a schoolmate, a young man who risks everything to give her the chance to survive. Together, they find beauty and love in the secret world of their own creation.

Marc Forster is directing the film adaptation based on the book by R.J. Palacio.

Mirren will play Grandmère, the Parisian grandmother of Julian Albans. Glaser’s character is Sara, the young Grandmère as a child in Nazi-occupied France. Schwerdt will play Julien, a classmate who, with his parents, hides Sara at great personal risk.

"I am deeply honored to have Helen Mirren join us on this journey," said Forster. "Beyond being a brilliant actress, Helen brings an immeasurable level of depth, humanity, and empathy to her roles, elevating any project she is a part of. She is a true artist and I couldn’t be more excited to have her alongside our incredibly talented cast."