Keanu Reeves Says The Only Reason He Came Back Is The "Beautiful Script & A Wonderful Story". 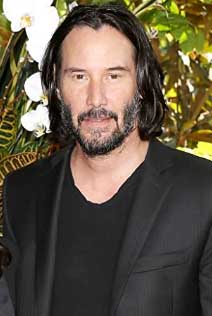 For years, it was clear that Warner Bros. wanted a new film in the 'Matrix' franchise. However, it just seemed like a fruitless endeavor. Then it was revealed that not only is the 'Matrix' franchise getting a new sequel, but it is going to be directed by one half of the Wachowski duo that crafted the original trilogy and that it would star Keanu Reeves once again

"Lana Wachowski wrote a beautiful script and a wonderful story that resonated with me," said Reeves. "That's the only reason to do it. To work with her again is just amazing. It's been really special, and the story has, I think, some meaningful things to say, and that we can take some nourishment from."

Reeves isn't the only one singing the script's praises, Moss also had high praise for Wachowski, David Mitchell and Aleksandar Hemon's scripting:

"I never thought that it would happen. It was never on my radar at all. When it was brought to me in the way that it was brought to me, with incredible depth and all of the integrity and artistry that you could imagine, I was like, 'This is a gift'. It was just very exciting."

The new "Matrix" was originally slated to hit cinemas on May 21st next year but with filming delayed it's likely that release date won't hold.