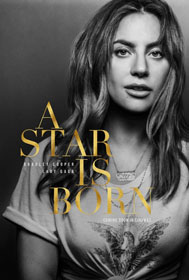 MGM has acquired the rights to director Ridley Scott’s drama about the assassination of the member of the Gucci family fashion empire that has Lady Gaga in early negotiations to star.

MGM will release the film theatrically on Thanksgiving 2021. The film will be released in the U.S. via MGM’s distribution joint venture United Artists Releasing, and Universal Pictures will handle distribution internationally.

The film will be produced by Scott and Giannina Scott via their Scott Free Productions banner.

The screenplay is by Roberto Bentivegna and is based on the Sara Gay Forden book "The House of Gucci: A Sensational Story of Murder, Madness, Glamour, and Greed."

The project would be Gaga’s first acting role since A Star Is Born (2018), and she would play Patrizia Reggiani, who in 1998 was convicted with ordering the killing of her husband Maurizio Gucci, the grandson to Gucci founder and fashion magnate Guccio Gucci.