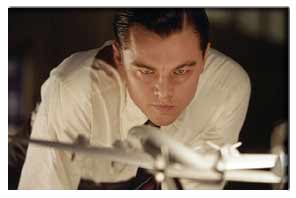 The Aviator has been named best film, with its star Leonardo DiCaprio named best actor at the Golden Globe Awards.

DiCaprio described Aviator director Martin Scorsese as "one of the greatest contributors to the world of cinema of all time".

Robin Williams, a five-time Globe winner for such films as The Fisher King and Good Morning, Vietnam, received the Cecil B DeMille award for career achievement. He dedicated his prize to Superman actor Christopher Reeve, who died last year.