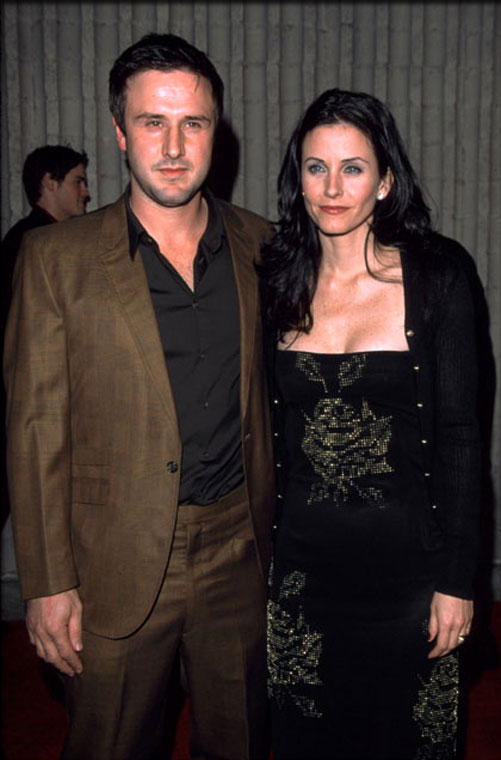 FRIENDS stunner COURTENEY COX ARQUETTE's marriage is on the rocks after just 15 months of wedded bliss.

According to America's STAR magazine, pals of the pair claim the marriage started to fall apart just weeks after they wed because they are completely different characters, both with huge egos.

One source says, "It's not a question of there being anyone else involved, it's a case of two huge battling egos. They were in a restaurant just weeks ago and couldn't stop sniping at each other. "Everyone around them could see how agitated they were." Pals say Courteney has told her hubby to clean up his act or their marriage is history. Arquette is currently filming in Bulgaria, but has been calling pals in America saying he's also ready to call it quits.

A spokesman for the pair denies the marriage is in trouble.