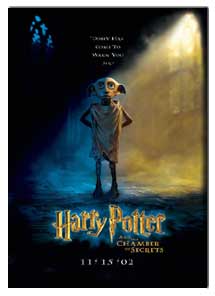 Thousands of Harry Potter fans are reading his latest adventures for free by downloading pirated copies of the book from the internet.

Neil Blair, business manager at the Christopher Little literary agency, said the firm has been contacting internet service providers to have them removed.

"E-book rights are reserved to J.K Rowling, so any Harry Potter novels on the internet are unauthorised," he told the New York Times.

"We also have an obligation to protect the children who might believe they are reading the official work."

Unofficially translated portions of Harry Potter and the Order of the Phoenix put online in German and Czech were removed last week after the publishers threatened legal action.

Ian Taylor, international director of Britain's Publishers Association, said most of the pirated copies were put on the web for free by fans, not by people trying to make money.

He said: "That is obviously what's been happening with peer-to-peer music, but it's not something we've had to deal with before."