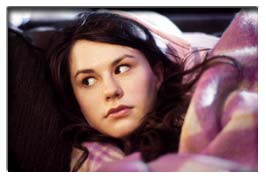 X-MEN actress ANNA PAQUIN worries about young actors who aren't treated like children - because they're missing out on so much.

THE PIANO star, who won an OSCAR when she was just nine years old, was never in danger of growing up too fast - because acting was always a hobby for her. She says, "One of the things that makes me sad and worried is when I see these little kids who are actors who don't seem to be little kids anymore - they seem to be adults."

And Paquin, who is now a student at New York's Columbia University, doesn't remember letting her Oscar win affect her life at all. She says, "I was definitely a kid for as long as it was appropriate for me to be one. "I think if I had been any more conscious of my career and having some plan and that kind of thing, it would take away something."