Denzel Washington Confirms The Equalizer 3 as His Next Project. 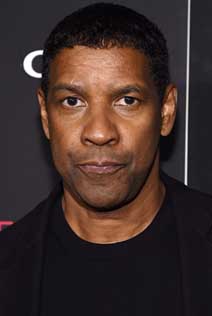 Denzel Washington has given an update on the next instalment in the Equalizer series, revealing that a third film has been written.

"They have written the third Equalizer, so I'm scheduled to do that," Washington explained. "So I gotta get in shape and start beating people up again. I get to beat people up again. The Tragedy Of Macbeth and then going and beating some people up. Can’t get any better, right?"

The Equalizer films were originally based on a TV series from the 1980's. No release date has been set for The Equalizer 3, but you can see Denzel’s brilliant performance in The Tragedy of Macbeth in the meantime.

In the films Washington plays Robert McCall, a former Marine who cuts a violent path through those doing injustice  Russian mobsters in the first, and his former squadmates turned mercenaries in the second.

Both previous films cost in the $60-70 million range to produce and generated $190 million each at the box-office along with being solid home video hits. Reviews were generally mixed for both.