Denzel Washington And Julia Roberts On For Drama 'Leave The World Behind'. 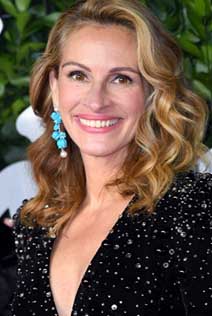 Denzel Washington and Julia Roberts have signed on to star in the family drama Leave the World Behind, based on the upcoming Rumaan Alam novel.

According to several reports, Leave the World Behind was being bid on by several streaming services and studios, with Apple and MGM also in the mix. Ultimately, Netflix came out on top. While specific financial figures were not disclosed, it is said the company will shell out more than $100 million, in the same ballpark as what Apple recently paid for Emancipation, a drama about a runaway slave starring Will Smith.

The story follows a couple called Amanda and Clay, whose aspirational vacation with their teenage children is interrupted by the arrival of a middle aged couple who own the holiday home and who have fled an unprecedented blackout in the city. When the internet, television and radio stop working, as does the landline, they have no way of finding out what is happening. As strange sonic booms shatter the peace of the countryside, and animals start to migrate in strange ways, the physical and mental health of the families begins to disintegrate. The renters are upscale and White; the owners are upscale and Black. The issues of race and clash become distractions to the more alarming things are happening all around them.

Denzel Washington and Julia Roberts previously starred together in Pelican Brief, The (1993). The two have not worked together since, but have both gone on to become some of the biggest stars in the world. Sam Esmail previously worked with Roberts on the Amazon series Homecoming. In addition to their starring roles. Washington and Roberts will produce the movie as well. Chad Hamilton, Lisa Gillan and Marisa Yeres Gill are also on board to produce.